Dr. Owen Brown secured his doctorate from Binghamton University Department of Sociology. Dr. Brown's area of specialization is Economic-Sociology. Prior to joining the faculty of Medgar Evers College, Dr. Brown taught at the University of Port Harcourt in Nigeria and the State University of New York at Stony Brook. He is currently and Associate Professor and Deputy Chairperson of the Department of Social & Behavioral Sciences at Medgar Evers College

Loretta H. Campbell is a freelance writer and an adjunct professor of English at Touro College, NYC. She is a proud member of the National Writers Union.

Sally Cobau's work has appeared in Room Magazine and The Sun. She has an MFA in poetry from the University of Montana. For several years she worked as an artist-in-residence and traveled throughout Montana, Idaho, and South Dakota. Now she lives and writes in Lincoln, Nebraska with her husband and three children. 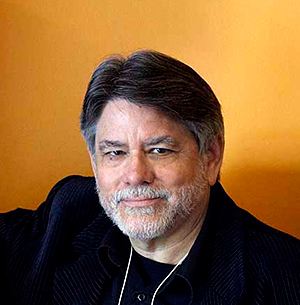 Leiva's most recent novel, a science fiction satire on man's place in the universe, is Traveling in Space.

Leiva’s novels can be found in print, digital, and audiobook editions on Amazon.com

James is the director of a mental health recovery program on Cape Cod during the day and a blues musician by night. A reviewer of fiction and theatre, he is also a writer of songs, short fiction and three screen-plays.

Since moving to a pristine setting in mountains above Denver, CO, Barbara Snow has re-engaged her Wild Child and deepened and expanded her writing. Current projects include her book of poetry, The Phoenix Spring, an expanded edition of The Sudden Caregiver: Surrendering to Enlightenment, and her new blog: StoryMaking: The Art of Shift Reality. See www.barbarasno w.com

Sarah Vogelsong is a freelance writer and editor currently based in Richmond, VA. Her editorial work is primarily scholarly and deals with the fields of political science, politics, and education. She also writes for several other publications and websites, including (most recently) the Washington Independent Review of Books, and is developing a blog about voting rights in Washington, DC.